The Emperor’s language has no clothes

I’ve been known to pontificate catch phrases in jest like: “Never use a polysyllabic word when a diminutive synonym will suffice.” I admit freely that I can be a wordy speaker – I can BS with the best when its just us and the chickens, but when it is game time, I know how to distill a thought into the essentials. I appreciate brevity, and simplification is a skill to be admired. Some folks need to take that to heart with their entire language set…social scientists in particular.

I just read Robert Jungk’s nice history  of the atomic scientists who created the first bomb, Brighter Than a Thousand Suns. Excellent story, though if you plan on reading it, I’m sure you won’t be surprised at the editorializing. Anyway, one passage he related struck a chord:

A highlight of every week of the term was the “Seminar on Matter” conducted in Room 204 of the Institute by [Max] Born, [James] Franck and [David] Hilbert, gratis et privaissime. It became almost a tradition for Hilbert to open the  proceedings with a pretense of innocence: “Well, now, gentlemen, I’d just like you to tell me, what exactly is an atom?” Each time a different student tried to enlighten the professor. The problem was tackled afresh every time, and every time they searched for a different solution. But whenever any of the young geniuses sought refuge on the esoteric heights of complicated mathematical explanations, Hilbert would interrupt him in broadest East Prussian: “I just can’t understand you, young man. Now tell me over again, will you?” Everyone was forced to express himself as clearly as possible, and to build solid bridges across the gaps of knowledge instead of trying to jump them with overhasty strides of thought.

Exactly! The soul of good science is true open source before they called it open source…put the stuff out there for peer review and hope you didn’t make a mistake.

Now, Richard Dawkins has something to say about the fuzzier sciences in his collection, A Devil’s Chaplain. He was referencing Alan Sokal and Jean Bricmont’s Impostures Intellectuelles (the English translation was called Fashionable Nonsense.) I read the English version (obvious, I know) and got a good laugh, AND I was impressed with the diligence of Sokal and Bricmont in dismantling the “post-modern” BS of the French (pseudo)intelligentsia. Here:

[Sokal, etal] These texts contain a handful of intelligible sentences – sometimes banal, sometimes erroneous – and we have commented on some of them in the footnotes. For the rest, we leave it to the reader to judge.

But it’s tough on the reader. No doubt there exist thoughts so profound that most of us will not understand the language in which they are expressed. And no doubt there is also language designed to be unintelligible in order to conceal an absence of honest thought. But how are we to tell the difference? What if it really takes an expert eye to detect whether the emperor has clothes? In particular, how shall we know whether the modish French ‘philosophy’, whose disciples and exponents have all but taken over large sections of American academic life, is genuinely profound or the vacuous rhetoric of mountebanks and charlatans?

Dawkins’ Law of the Conservation of Difficulty states that obscurantism in an academic subject expands to fill the vacuum of its intrinsic simplicity. Physics is a genuinely difficult and profound subject, so physicists need to – and do – work hard to make their language as simple as possible (‘but no simpler,’ rightly insisted Einstein). Other academics – some would point the finger at continental schools of literary criticism and social science – suffer from what Peter Medawar (I think) called Physics Envy. They want to be thought profound, but their subject is actually rather easy and shallow, so they have to language it up to redress the balance.

I’ll plug Sokal for a moment… he submitted an article entitled “Transgressing the Boundaries: Towards a Transformative Hermeneutics of Quantum Gravity” to a journal expecting them to publish it without review and they did. Then he revealed it was utter bunk…a hoax. Big words baffle and impress folks…even folks considered scientific professionals.

It takes a lot of work…a LOT of work…to debunk nonsense. Dawkins is right: it IS hard on the reader. I’ve done an admittedly less than academic critique of Robert Anton Wilson and The Petition Project and it was exhausting. The experience helps me appreciate when folks like Sokal take one for the team.

Dawkins, in a cute nod to himself coined that “Dawkins’ Law of the Conservation of Difficulty”, but it is spot on, and worth repeating:

I’ve read a lot of fuzzy stuff in the past three years in my quest to learn more and grow – stuff like emotional intelligence and other psychological concepts. Polysyllabic mumbo-jumbo … obscurantism … pings back on the intellectual radar. If you can’t state something simply, that tells me either you don’t understand the subject matter enough…or you’re hiding that there’s nothing there. If anyone, anyone, devolves their argument to “you wouldn’t understand” … well, they fail. Intelligent people can convey the concepts without the complicated math. Psychobabble-prone folks think they can put one over on the unsuspecting…and they often can. Witness some of the best sellers.

Now, as to distilling those essentials…. I have a long history of learning to get to the point when it really matters…as with presentation slides, or personnel evaluations, or … taking a 23 page congressional request for additional funds that was developed by engineers and handed to me by my commanding officer with the direction, “These guys are nuts. This will never fly, Jim. Get it to one page.” Um…aye, aye, sir??!

Short story from long, I got it to one and a half pages (with 18 pages of included but unnecessary to make a decision back up material), though it took two weeks of back-and-forth. But we got Congressional approval, thank you.

I was concerned about having enough subject matter for my Critical Thinking for Teens class, but I’m discovering I really don’t have enough time (undecided if I want to continue to dig deeper) to share all this. I will be pointing out that I think anyone who reads the “news” headlines (or watches “news” shows), “self help” books, or anything by Deepak Chopra ought to use a little critical thinking to drill through the language gobbledygook and see if the emperor really does have any clothes. 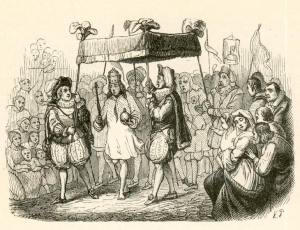 So far, I’m WAY ahead of the pace with 86 – Goodreads says that’s 12 ahead of schedule.

Recap: The way I’ve been recounting my book readings the past couple of years means overly long posts (100+ books with comments?). For 2014, I’ve decided to break up the year into quarters. Here’s my first three month summary of the 23 books I read,  and my second quarter list numbering 31books. Below I list 32 more for the third quarter/summer.

For some reason, this year I’m picking books that are quite long – again, what’s up with that?  George Martin’s catastrophe was monstrously long for little value added, and Hostadter’s GEB, while long (and dense), was the opposite.

For the third quarter: